Effectively, this is a sub-pectoral implant via a different route.

The pectoralis major muscle forms the anterior wall of the armpit (axilla), and from there its tendon inserts into the upper-mid humerus.

A vertical incision, two inches long, wide enough to accommodate two fingers, is made in the middle of the armpit, and the lower border of pectoralis major dissected away from the overlying subcutaneous tissues. Then by blunt dissection (using the fingers or sweeping with a blunt instrument, a pocket is created deep to the pectoralis major, anterior to pectoralis minor, serratus anterior, and the chest wall.

The prosthesis is placed in the pocket.

The procedure may be endoscopically assisted to ensure exact positioning, but not all surgeons regard this as necessary. It has all the advantages of sub-pectoral implantation and a well hidden scar; it has the disadvantage of difficulty in access should there be complications, and as in sub-pectoral implantation, the lower portion of the prosthesis is not covered by muscle and this approach does not lend itself to the sub-muscular modification. 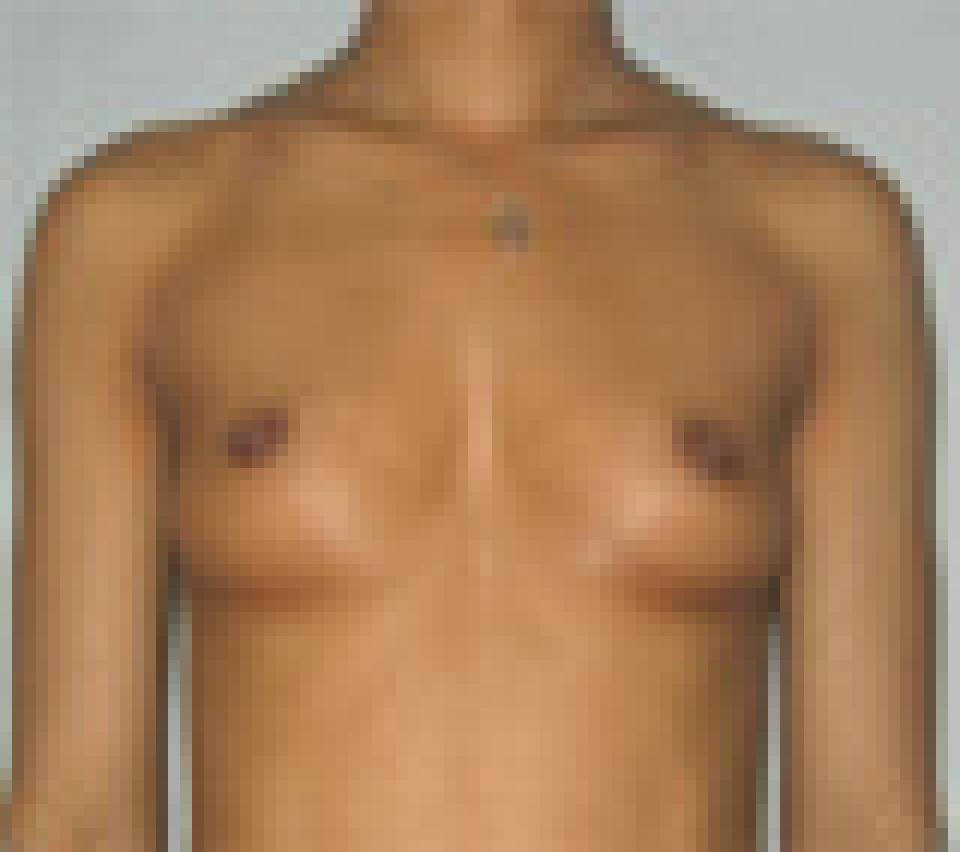 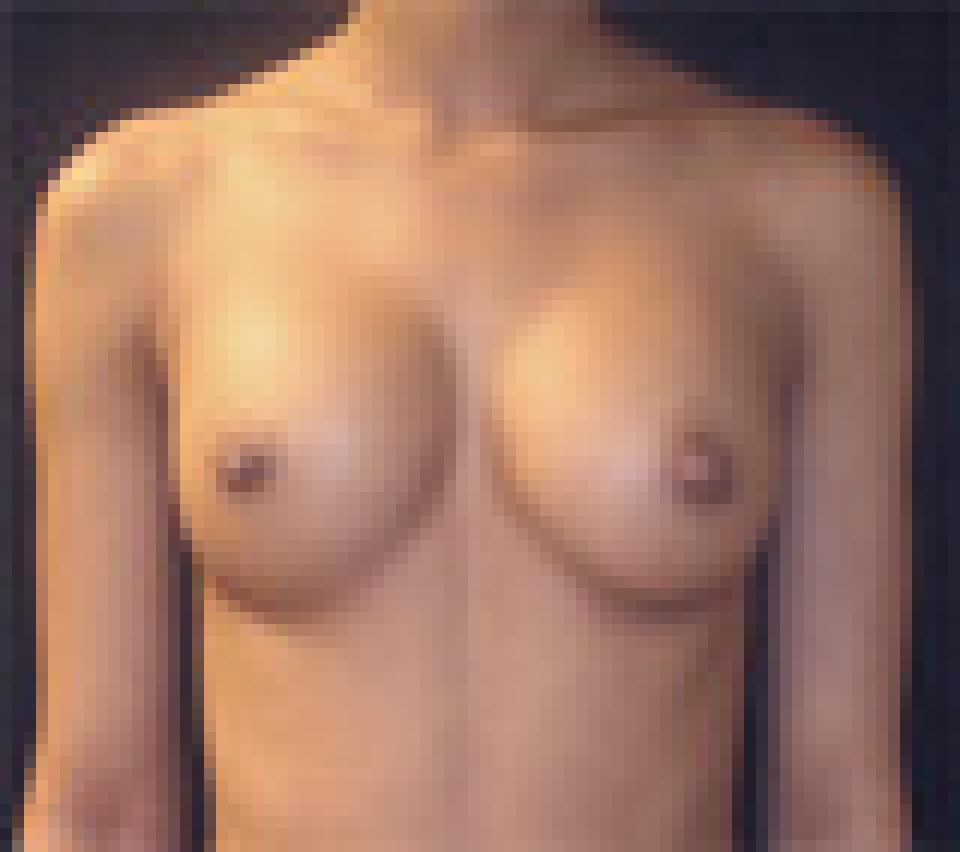 These following photographs depict a small framed 23 year old woman who wanted to have a larger and fuller bust. She underwent breast augmentation with 280 cc smooth, round saline implants.

The implants were placed beneath her pectoralis muscles through incisions in the axilla.The trans-axillary incision is a good option for a woman who wants no incisions on the breasts. The incision is usually placed in an existing fold in the axilla, minimizing its perceptibility after surgery.

The post-operative photographs depict her at approximately 6 months after surgery.

When it comes to deciding what approximate breast size you wish to achieve, the best advice I can give you is that you should be guided by your physical frame.  Indeed, you may in fact be limited by it.  In my practice, I select implants based upon your chest measurements, the quality of your breast skin and the size of your breasts prior to surgery.

I perform breast augmentation through a peri-areolar or inframammary approach and I place that vast majority of implants at least partially beneath the pectoralis muscle.  My patients are welcome to select either saline or silicone filled breast implants.  Silicone filled implants can in some cases achieve a more natural feel and may be a particularly attractive option for women with less breast tissue prior to surgery.

This procedure is distinct from “reconstruction” after an injury or removal of a breast. It is usually performed when the patient is dissatisfied with the size of her breasts, she may have been teased at school, or suffered negative comments from male companions, or may think she would “present” better in the job market if she had a better figure. As in all forms of aesthetic surgery, the surgeon must be aware of the patient’s expectations and psyche.