As technology improved, in parallel with the intent to remedy defects, silicone filled implants have progressed through a number of “generations.”

There was a wave of medico-legal suits in the 90’s and later from women who claimed the silicone gel had reduced life expectancy, caused cancer, auto-immune diseases, fibromyalgia and other conditions. These claims were never substantiated by actuarial or public health studies, in fact they were essentially refuted.

Studies in the US commenced in 1997 under the National Academy of Sciences reported no causal relationship between implants and any disease or other condition, so in 1998 the FDA approved the implant for breast reconstruction and revision. After the National Academy in 1999 reported no associated conditions (other than local) caused by saline or gel implants, the FDA approved saline implants in 2000 for breast augmentation, but not until 2006 did they give conditional approval for the gel-filled model. The equivalent European agencies have been much less cautious. 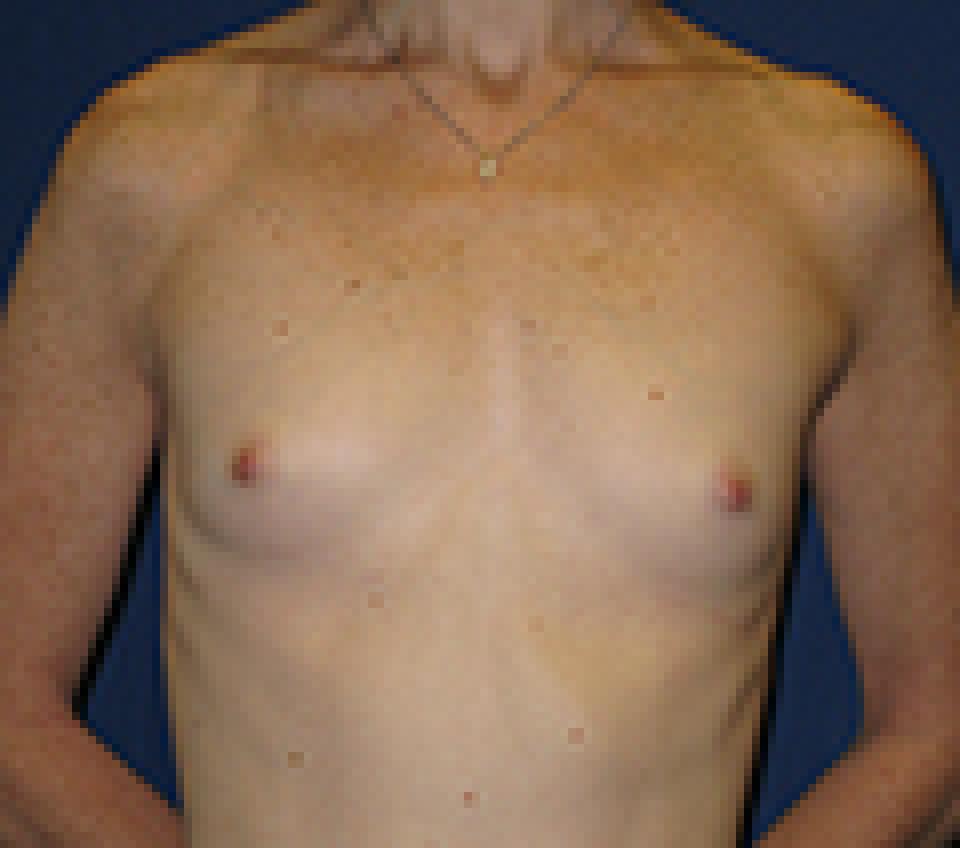 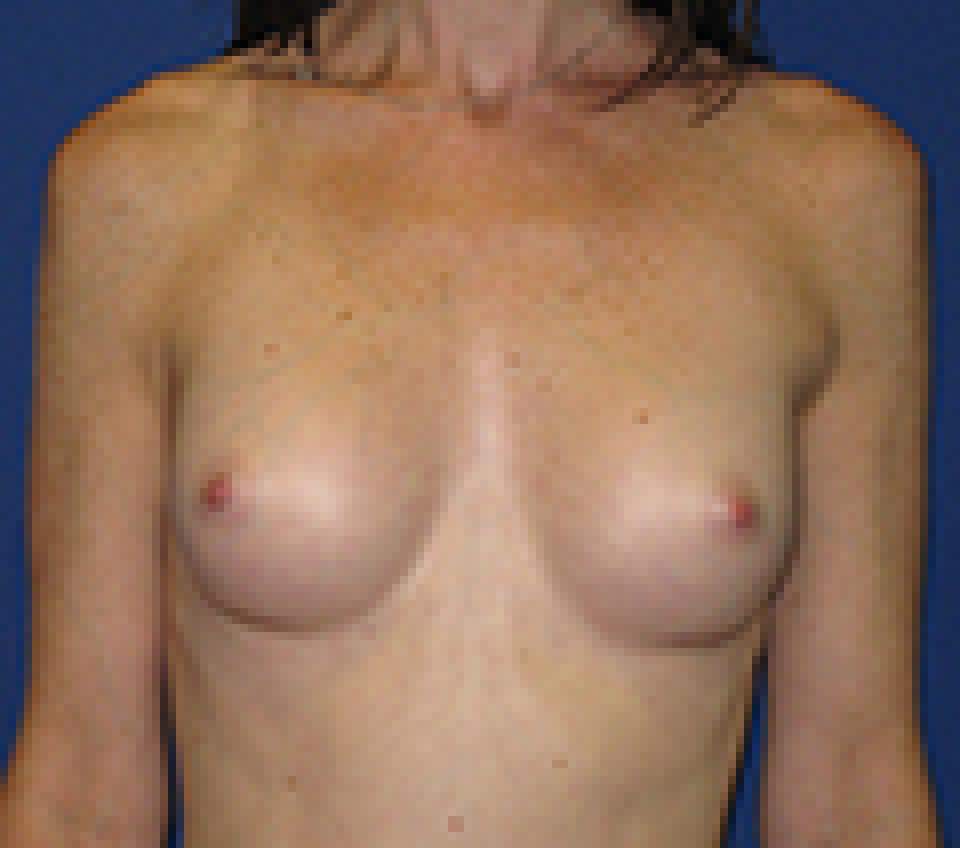 This 30 year old woman underwent breast augmentation using 180 cc silicone filled breast implants placed partially beneath the pectoralis muscle through an incision along the lower fold of the breast that measured 3 centimeters in length.

Implants can also be inserted through an incision on the edge of the areola, which is the dark colored skin surrounding the nipple.  However, when an individual has very small areolas, such as this patient has, this is not possible. 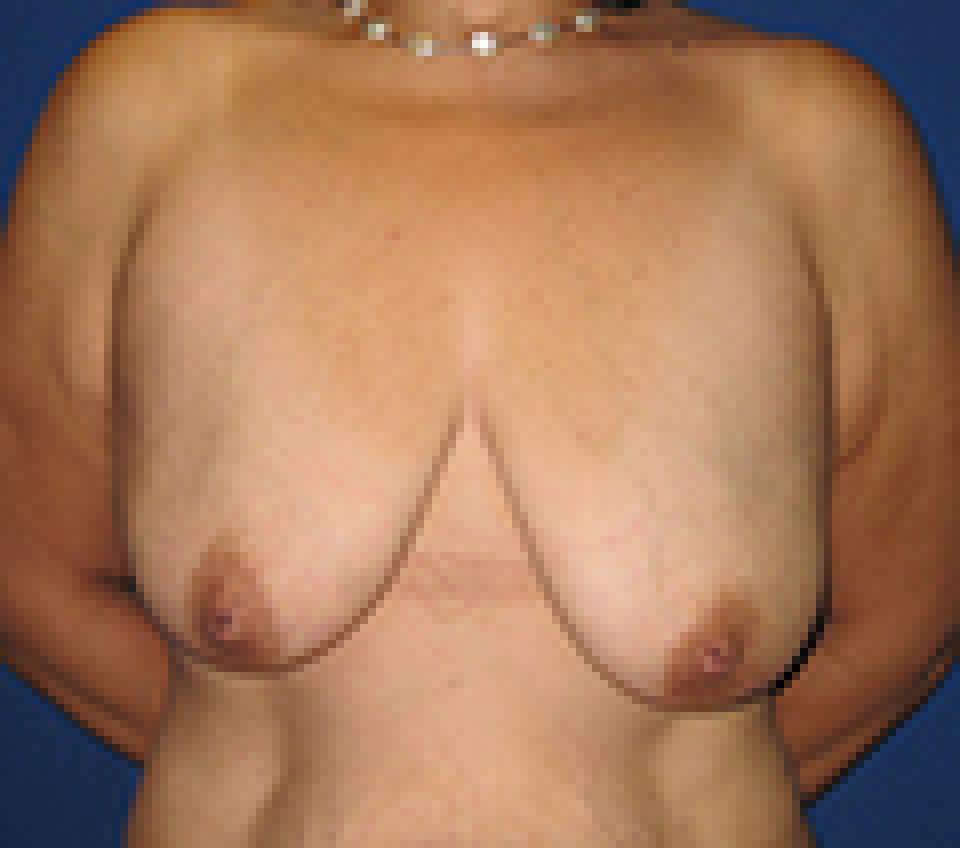 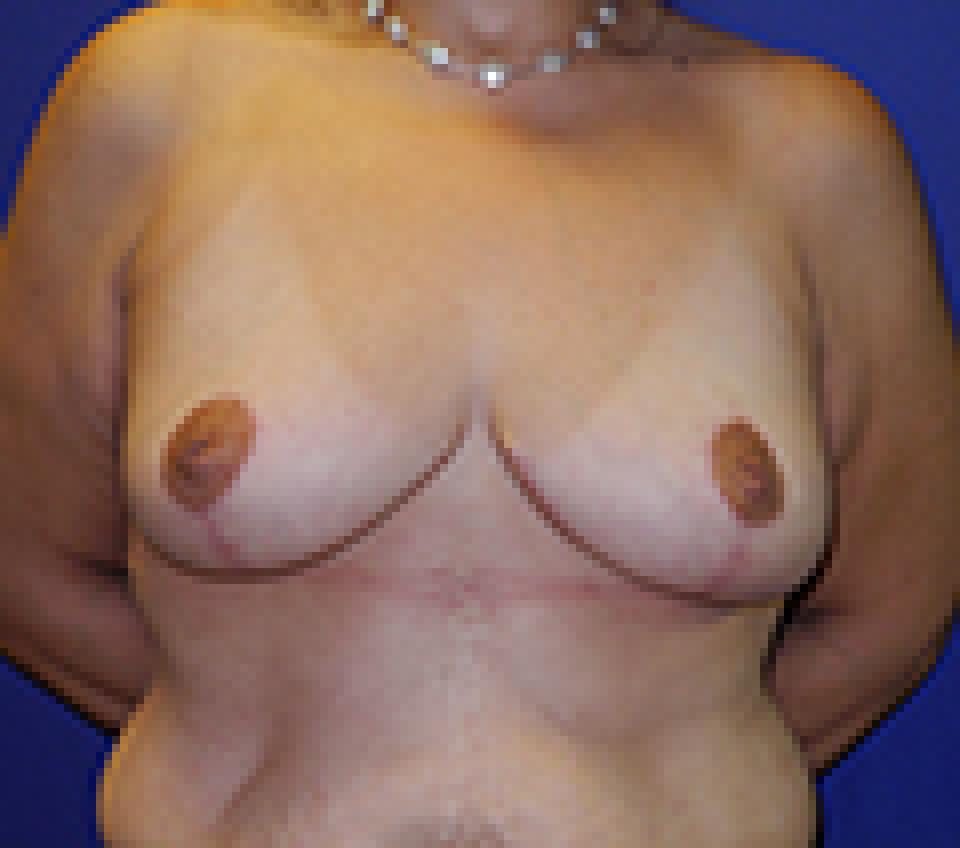 This 37 year old woman reached her plateau weight after losing 91 pounds following bariatric surgery.  She had a breast lift or mastopexy using a technique which leaves behind scars in the shape of an “anchor.” 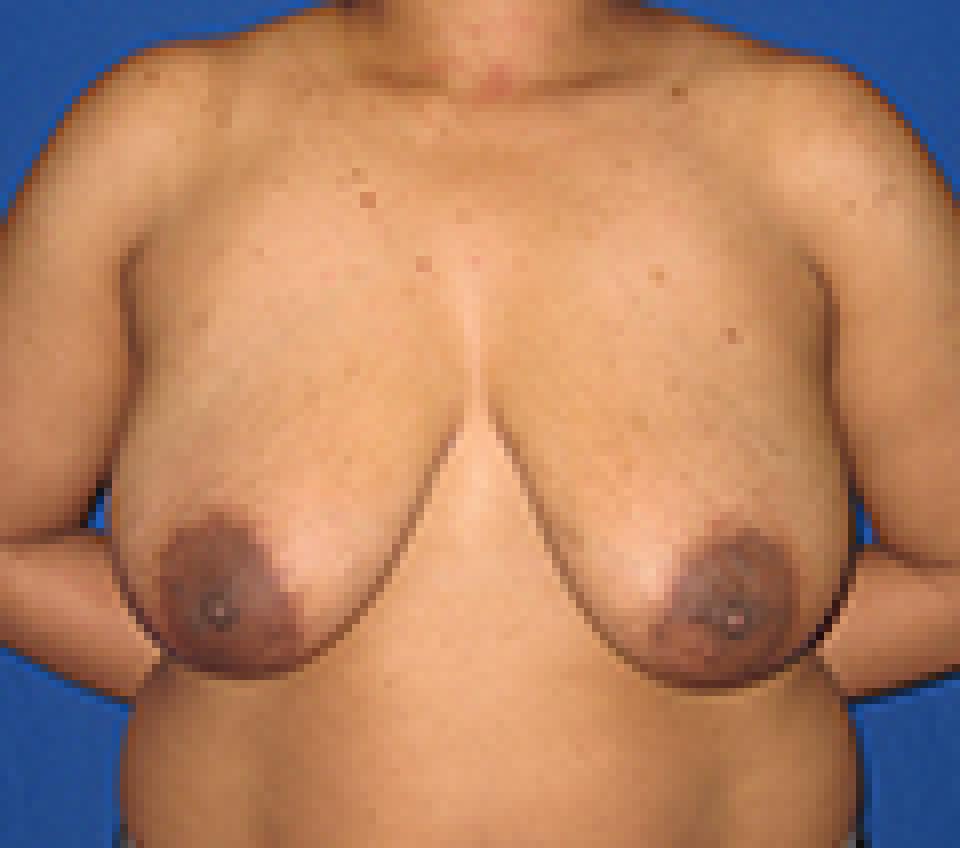 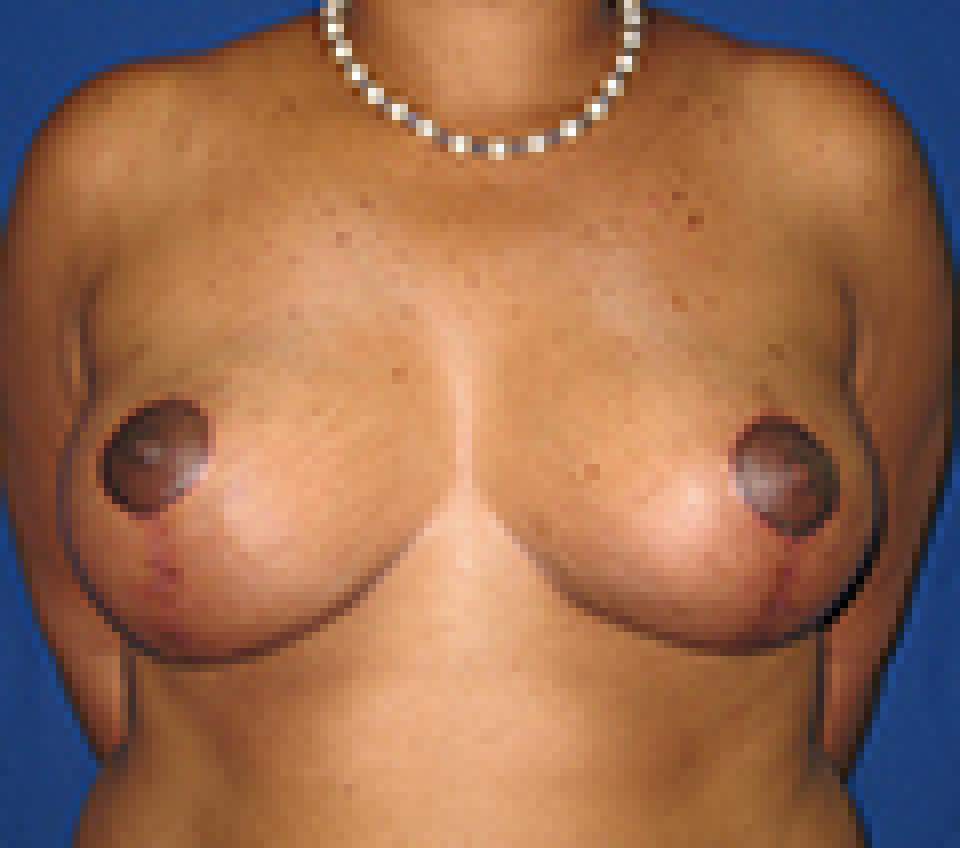 This 39 year old woman had a breast lift or mastopexy using a short scar technique which leaves behind scars in the shape of a “lollipop.”  This technique, which I prefer to use, avoids any scars in the cleavage or on the side of the body beneath the arm.  This makes swimsuit selection much easier if avoiding visible scars while wearing the swimsuit is a goal. 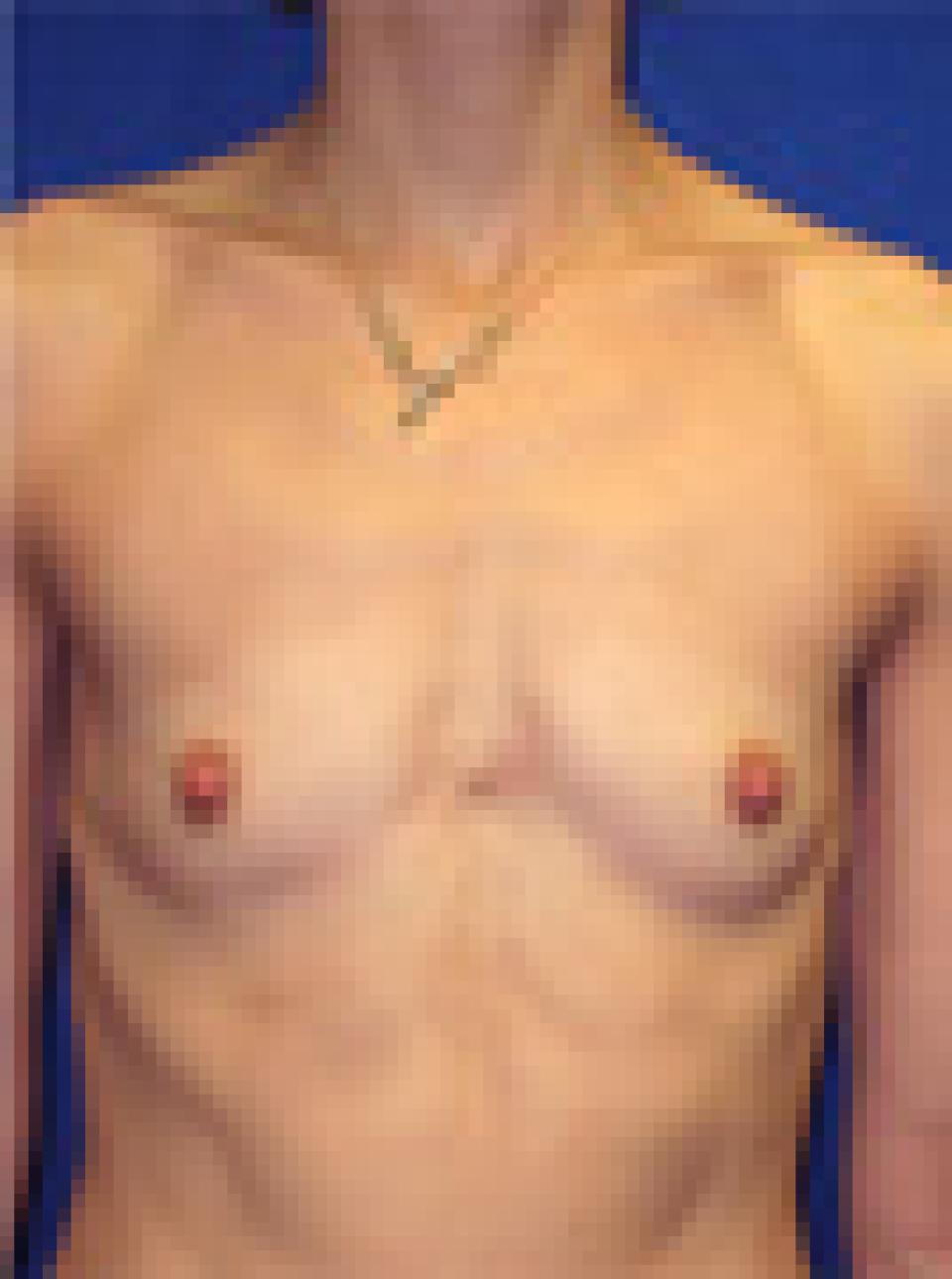 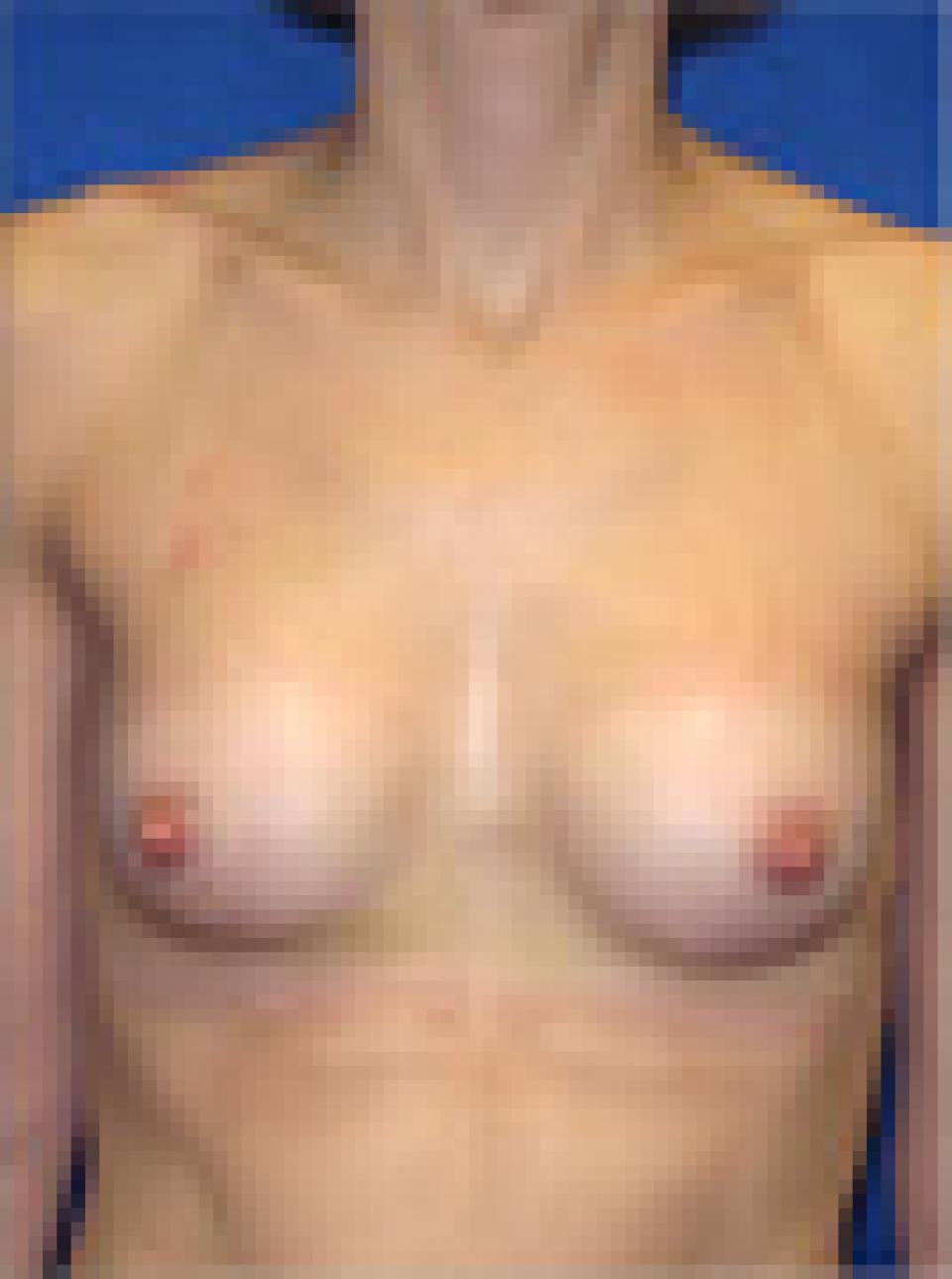 These photographs depict a 41 year old woman whose goals after surgery were to have more shapely but not overly large breasts, as her frame was small. She underwent breast augmentation with 158 cc smooth, round, silicone implants.

The implants were placed beneath her pectoralis muscles through an incision in the lower fold of the breast. The post-operative photographs depict her at just under 2 months after surgery. She wears a small B cup bra after surgery.

I apply the same criteria to patients who have had their surgery elsewhere as I do to my own patients. I am typically reluctant to re-operate on a breast augmentation patient for minor issues, because each time one undergoes revision, many of the risks of surgery tend to be multiplied. This is why I spend a great deal of time discussing size preferences and the likely outcome of surgery with my patients pre-operatively. It is said frequently that the most common reason for re-operation of the breasts in women who have had breast augmentation surgery is that they wish to “go bigger.” Ultimately, I feel that this is a poor reason to undergo repeated surgical procedures that can only result in more scar tissue, which is unpredictable, and thinning of the native tissues, which are necessary to cover the implant and provide a natural looking result. I encourage patients to think carefully about the risks of revision in cases where there is not a major problem.

When it comes to deciding what approximate breast size you wish to achieve, the best advice I can give you is that you should be guided by your physical frame.  Indeed, you may in fact be limited by it.  In my practice, I select implants based upon your chest measurements, the quality of your breast skin and the size of your breasts prior to surgery.

I perform breast augmentation through a peri-areolar or inframammary approach and I place that vast majority of implants at least partially beneath the pectoralis muscle.  My patients are welcome to select either saline or silicone filled breast implants.  Silicone filled implants can in some cases achieve a more natural feel and may be a particularly attractive option for women with less breast tissue prior to surgery.